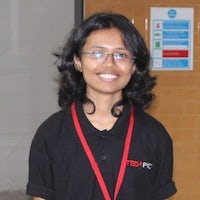 Subscribe to my newsletter and never miss my upcoming articles

I would like to introduce you to Clojure. I am fascinated by how it works and it is also known to sharpen your thinking as a programmer. In this article, we'll do a basic setup and start programming in Clojure!

an alloy of Lisp, functional programming and a lock of Rich Hickey's own epic hair

It combines Lisp dialect, powerful and expressive features of functional programming. Clojure is a hosted language meaning Clojure programs run on platforms like Java, Javascript and .NET and use their underlying features.

Leiningen is a useful tool to automate and manage your Clojure projects. Leiningen and Clojure require Java. Since, we are focusing on the JVM implementation of Clojure, OpenJDK will be required. You must have > 1.6 java version installed.

After installing you would find the following files in the directory.

This code will be already present in the src/clojure-project/core.clj file. If you have ever used C, C++ you would know namespace and the main function. Well, the defn -main is the starting point of your program.

To run, cd into the clojure-project and run:

You should see Hello, World! as the output!

Clojure works even with environment change. It is not necessary that Leiningen is required to run the project elsewhere. To allow code shareability, we can create a stand-alone file that works where Java is installed.

After running this command a stand-alone file would be created in a target/uberjar/ folder (same directory level as src). This jar file can be distributed on any platform.

REPL - read, evaluate and print loop. It is a tool that takes single line and executes the code as soon as it evaluates (just like Console in web developer tools or python prompt).

Clojure follows prefix notation and everything resides in matching parentheses.

Samples to try out: